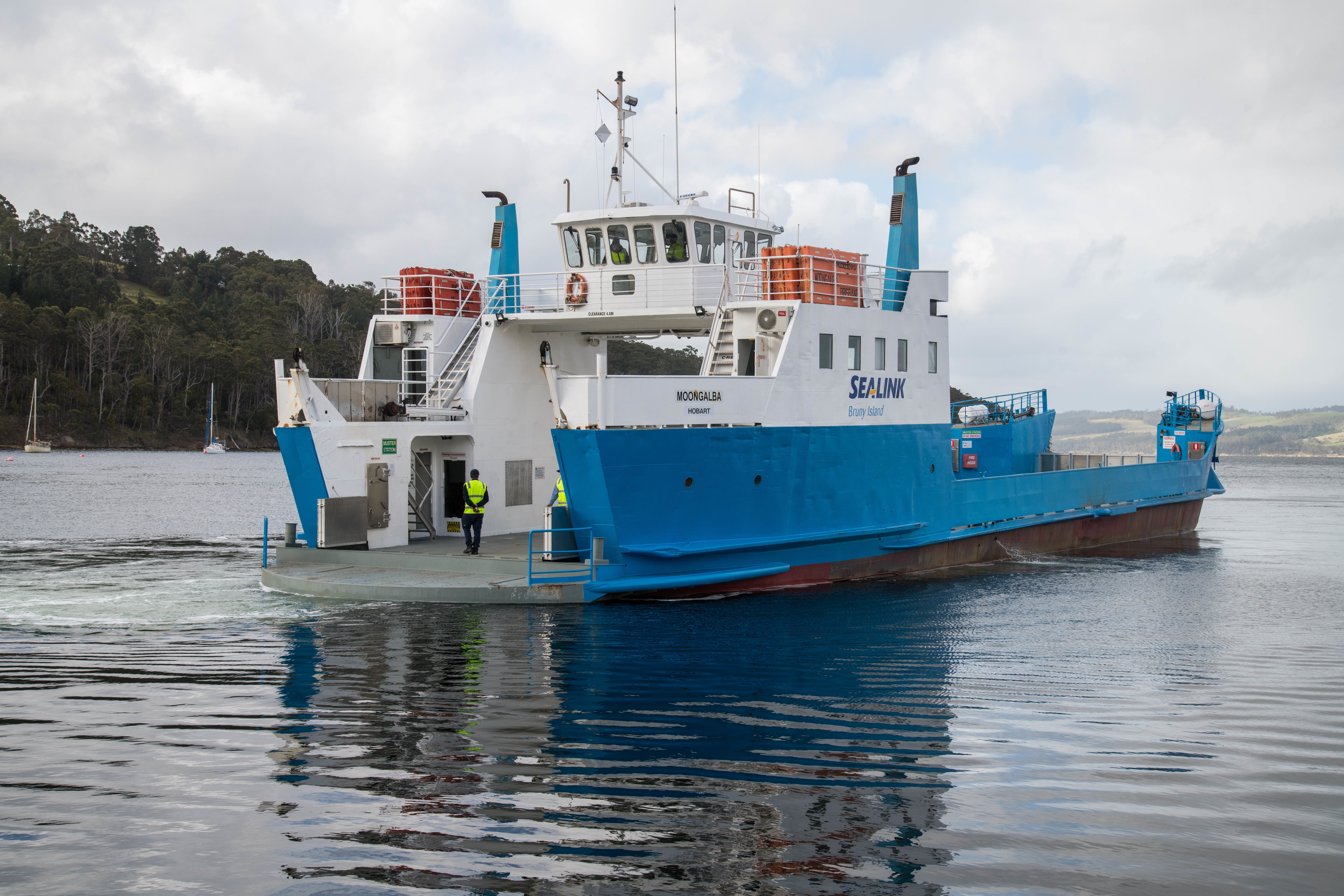 When the MV Moongalba was originally built in 1974, it was only 35 metres in length. 15 years later, she sailed to Bundaberg, Queensland where she was extended to 45 metres. The MV Moongalba can carry 30 vehicles. In 2006, the MV Moongalba was sold to a NZ operator and renamed the Spirit of Waiheke. She sailed between Auckland and Waiheke Island. The MV Moongalba returned to Stradbroke Island in 2012. A traditional Aboriginal naming ceremony was held to change the name back to Moongalba, meaning "sitting down place". In 2018, she made the voyage south to Tasmania to service the Kettering - Roberts Point route.

I Agree I Disagree